How much are British of West Africa banknotes worth? 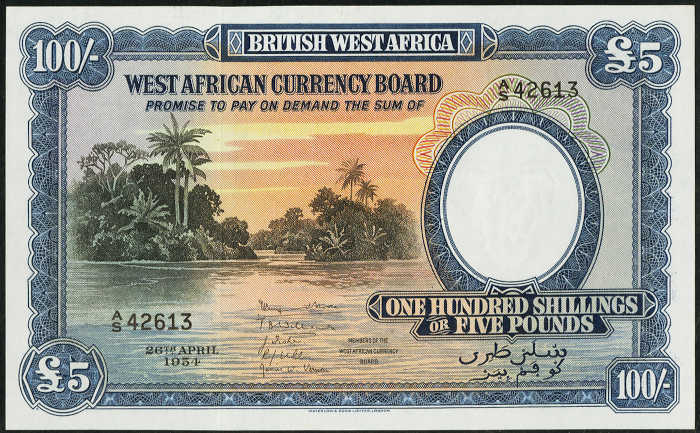 Banknotes from British West Africa are considered to be some of the most collectible world paper money today. This is due their unique history and beautiful colors and designs. Scarcity also plays a major factor when determining how to place a value on these old pieces of paper money.

How much is my British West Africa banknote worth?

Many people believe once they find any piece of world paper money, they’ve struck it rich. Most of the time, unfortunately, that is not the case. Many bills are valued anywhere from $30 all the way to over $2,500.

This is an area most can understand quickly. Many times, paper money we buy is in poor condition due to how it was stored. Environmental damage is a very real thing, especially in warmer, more damp, climates. Condition is arguably one of the most important factors when determining condition. However, if there were too many of a particular banknote printed, it doesn’t matter if the banknote is litearlly in perfect condition.

Simple economics will teach you about Supply and Demand, and how important it is to determining the value of something in a given marketplace. If there were a large quantity of British West Africa notes printed (which there aren’t) and there wasn’t much demand (there is pretty good demand) then you’d have a relatively valueless banknote.

British West Africa have some of the fewest printed banknotes, and some of the highest demand when it comes to rare paper money bills. If you’re looking to sell your paper money, you’ve come to the right place.

It doesn’t matter how rare or scarce something is: if you don’t have demand for the item, nobody will buy it. I’ve owned some of the scracist banknotes in existance, however, because not many people know or care of their existance, they’re relatively worthless.

For banknotes from British West Africa, however, that is not the case. These bills are oftentimes quickly consumed by the marketplace whenever one hits the market. We personally love collecting this type of banknote because of how rare they are and honestly we never really see them now days.

Serial Numbers is one of those interesting things that many people overlook. Depending on which serial number was printed on the bill can help determine the value of the bill. The “cooler” the serial number is, the higher liklihood you have of scoring something really worth yor time. For example, if you have a Serial Number 681356 vs. a Serial Number 1 note, the latter will always be more valuable, regardless of condition. 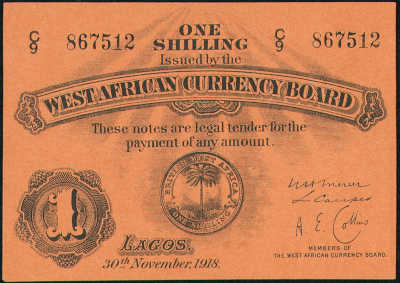 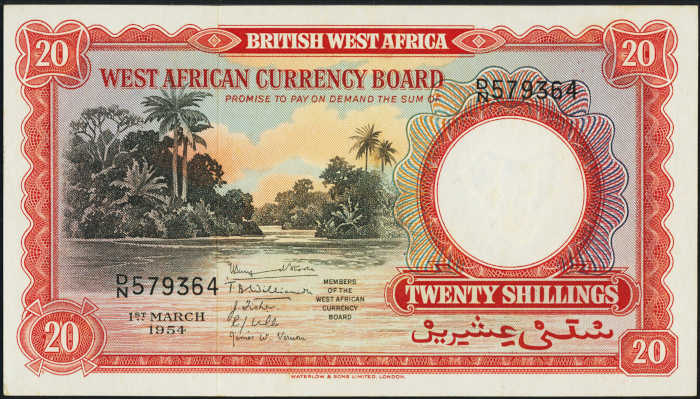 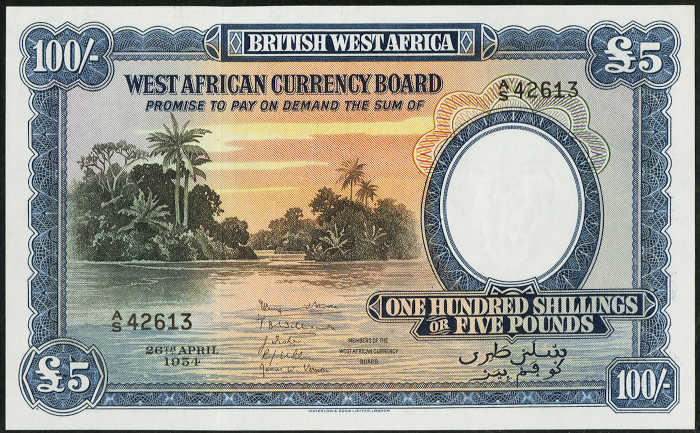